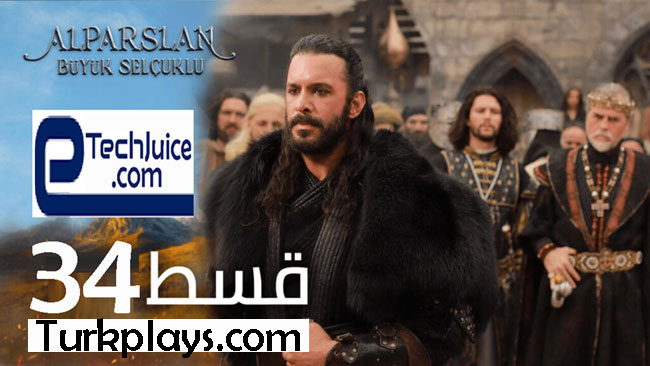 Suleiman claims in Alparslan Buyuk Selcuklu episode 34 that he wants to check the wedding gifts he brought. When Alparslan learns that the prisoner is engaged, he decides to interrogate him. This assassin is spoken to previously by Arslan, who persuades him to tell a lie. The assassin claims that Inal gave him the order to kill Seferie before he entered the castle. According to Inal, the assassin lied and did not do anything wrong. The prisoner passes away shortly after. Alperslan sends Inal to his room and says he will look at it more. Arslan desires a speedy conviction for Inal’s assault and culpability. Then Arslan walks into the garden and devises a fresh scheme. Grus attempts to enter her sister’s chamber but is blocked by her guards.

The blacksmith complies with Yusuf’s request and claims that Inal gave the order for the murder. Oke kills the blacksmith after becoming enraged. Bandit commander in Baghdad speaks with Tugrul. Why are these folks persecuting people, Tugrul queries of them. Tugrul is not recognised by the bandits, so they begin disparaging the Seljuk Sultan. Tugrul claims to be the Turks’ leader and puts the thieves to death in his tent. Kaguri learns what the blacksmith stated and searches for a solution to get to the bottom of it. According to Alparslan, Yinal will remain in the prison until the genuine perpetrator is identified. Following the passing of the blacksmith, Yusuf wants Inal to be punished. Yusuf is soothed by Alperslan, who also assures him that the castle will soon receive the Sultan’s orders. Gevher is unable

Suleiman arrives and stops Alperthran as he approaches Ani. Alperslan is informed about Yusuf’s risky plans by Suleiman. A beggar stopped Flora, Grigor’s daughter, as she was making her way to the castle. Flora starts listening to the beggar after she offers him some money. Yusuf is the beggar who is holding Flora prisoner. Soldiers of the Byzantine empire begin to pursue Yusuf. When Alperslan discovers the carriage, he finds out that Flora has been abducted. Soon later, Flora was able to get away from Yusuf. Flora is not aware that she is her lord’s daughter when Suleiman first sees her. When Grigor discovers that Yusuf has abducted Flora, he decides to turn over Inar in exchange for her life. Flora is rediscovered by Yusuf, who joins her in waiting for the Lord. meeting with Alperslan, but

What would be the new Alparsalan strategy to defend the country against the deception of unbelievers? What will they do about resource management? What novel strategies would they use to compete with the adversaries? How will they defend their land?