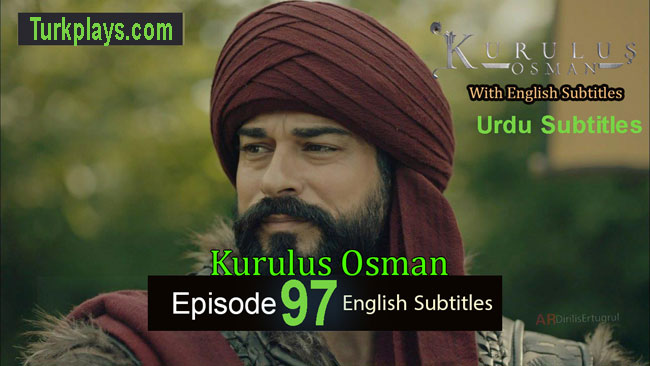 In Kurulus Osman Episode 97, Aktemur is angry that his mother did not speak after his father died and says he will do anything to get him to talk again. Barkin meets his old friend Ahmed in the woods. Ahmed starts talking about what kind of person Mustafa is and says he hates Osman. On the way to the tribe, Osman saw people walking. These people said that the Mongolian army was attacking. Osman immediately sent troops and said he would cover the loss of these people.

Osman comes to the tribe and learns from Aladdin that Bala is sick. After calming his son, Osman went to Bala. Malhun says Bala is sleeping and Shaykh will come soon. Mustafa and Ahmed keep saying what Osman did was wrong. Turgut asked the guests to remain calm, but Ahmed said that Konur leaving the Seljuks was wrong. One of Ali’s soldiers says Osman is a robber and Aktemur says he will kill the man.

Curulus Osman Episode 97 English Subtitle KayiFamily
Koses spoke to Osman that night and said he would gather information about Bursa. Osman asks Koses to be very careful and says he will try to take Yenisehir soon. Coses then spoke with the Shaykh and became a Muslim. He killed himself with the Mongol soldiers, whom he considered powerless. Romanos goes to himself and gives him gold to keep Osman busy. Chebe immediately accepted the offer, saying that he would slowly kill the Turks.

Ali reached the tribe after a long journey. Osman meets Ali and offers him food. Ali said he was very happy Osman took Inegol. Osman said his new destination was Bursa. While Turgut tries to follow in his footsteps, Ahmed continues to complain. Turgut couldn’t take it anymore and asked Ahmed to stop whining. Meanwhile, the Chebe army attacked the Turks with poisoned arrows. Turgut was injured and fell to the ground.