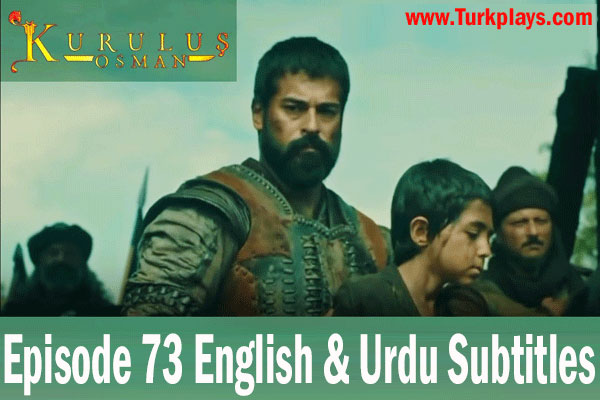 In Kurulus Osman, episode 73, Osman plans an attack the next day to bring the Turkish children back. While Osman is talking to his soldiers in the forest, the Byzantines attack them. Rogatus finds information that Ahmed left Osman in prison and sent the children elsewhere. Osman retreated so as not to lose more soldiers.

Abdal told the guards in the nursery that they had to go to confession. Then Abdal tied up the two Byzantine soldiers and left the room with the children. Rogat believes that Abdal cannot speak Latin and stops him in the corridor of the monastery. Abdal started talking to Rogatus in Latin and said he was leading the children into the convent kitchen. Rogatus went to check on the soldiers in the room and learned that they had been neutralized by the priestess.

Osman invited the rescued children and their families to his tent. Osman served ready meals to his guests and started eating them. Ahmed started telling Osman what had happened at the monastery. Cherkutai talks to Aigul again and asks why he doesn’t want to get married. Aigul says again that he doesn’t want to be sad, but Cherkutai says that he will continue to wait for him.