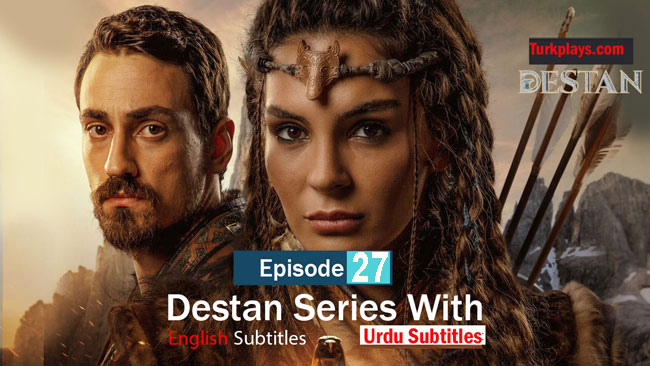 In Destan, Episode 27, Alpagu slowly opens his eyes and realizes that something is wrong with the palace. Alpagu then leaves his room and sees soldiers sleeping in the corridor. Alpagu thinks someone has attacked the palace and takes the sword. Akiz and Batuga started talking about their new life. Batuga said he was very happy with Akiz. Akiz says he wants to tell everyone about this marriage.

Alpagu calms Gunseli and wakes Kaya. Gunseli realized that her husband was still alive and started crying with joy. Obar’s spy returns to the Western Khanate and says he hasn’t found Barak’s crown. The spy says he poisoned Alpagu, Kaya, and Temur. Obar asked where Batuga and Akiz were. The spy tells that Batuga took the crown to a secret place in the forest. Obar was angry, but when he learned that Saltuk was dead, he calmed down a little.

Destination Episode 27 Kayi Family
Alpagu realizes that Kolpan wants to bury Saltuk and gives him permission. Alpagu says he will choose a new commander for his army when the sun rises. Back at the palace with Akkiz, Batuga saw some bandits on the way. Akiz started following these bandits. Alpagu talks to his troops and tells that his new commander is Temur.

Kolpan starts crying and prays for Saltuk. Akiz kills the bandits and saves the women. Akiz realizes that these women are Muslims and says they are free now. One of the women said they were taken to Saina. Akiz says these women are safe to live in the city. Alpagu started coughing as he said he was going to attack Obar’s army. Kam noticed the wound on Alpagus’ neck and realized it was venomous.