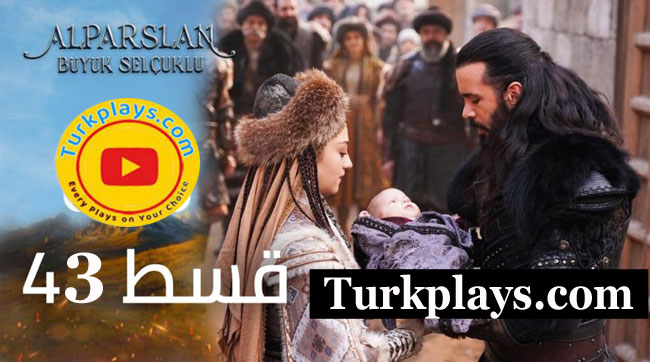 In Alparslan Season 2 Episode 43, the general and his soldiers simultaneously appear, and when they notice Arsalan walking along the rope, they tell him to lower it. Archers strike the rope. It blows up when Al-Bursalan instructs his men to start firing bolts at the rope. Instead of a rope, lightning N appears to be blazing across the city. Upon seeing this, Doukas erupts in wrath. They shouted, “Put up the pace, there’s not much left,” as they drew nearer. With the aid of their troops, they manage to scale the wall simultaneously. Despite being near to the wall, Hasan Sahib falls when Dujin cuts the rope from a distance.

Al-Perslan talks to his father before leaving. Kagri says that he is very happy to see that Al Perslan is married to Sefiri and is looking forward to seeing his grandson. Al Perslan asks his father to be careful. Kagri says that if Sephiri gives birth to a child, he wants him to be named Malik Shah. Al Perslan says he will do what his father wants and leaves the palace. The messenger arrives while Cuttlemas is in his tent looking at the star chart.

Despite the fact that Caghri’s wound is still sore, he rides and goes to convince Yinal. Alparslan tells Kutalmis to go to the palace and declares that Yinal will unquestionably lose this war. Alparslan’s offer is rejected by Rasul, who then recounts about events that took place years ago. In order to soothe down his brother, Kutalmis declares that he will never take part in this conflict. The moment Yinal’s soldiers spot Caghri, they get terrified.
Some soldiers believe Yinal is telling lies. Yinal assaults the rebel troops. Caghri tries to shield Yinal but eventually loses patience. Flora sneaks out of the inn after writing Suleiman a letter. Flora makes Alexander very angry. Lord says that Flora will not come out of Ani from now on.