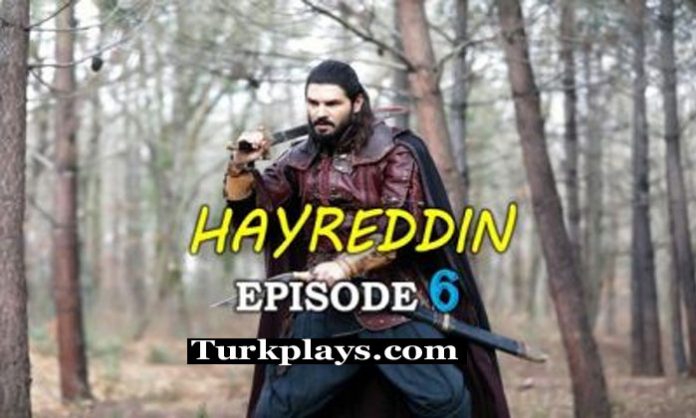 In the previous episode of Barbaros Hayreddin, Hayreddin discusses the information he acquired with his pals. Kandiyeli and Venice are involved by Salih. Pedro departs towards the market after speaking with the captain. Aydin asks Hayreddin to come up with a solution after stating that they cannot free the captives. Dervish claims he has a plan after giving it some thought.

When a wounded soldier arrives at the castle, he requests to speak with the captain. Salih, according to Luna, can send messages using pigeons. Together with his bodyguards, Pedro is making his way to the tavern. Hayreddin claims he wants to fight the guards to free them from the inn. After Aydin finishes speaking, the guards emerge. Hayreddin starts fighting alongside the squaddies. Pedro is led outside the tavern’s back entrance by Luna, who requests his help.

Pasha enjoys Seyyare, according to Nazife. Seyyare claims that she no longer anticipates getting married again. Before Seyyare shows up, Kemankes begins to put everything together. Halime begs her son to avoid Seyyare and issues a warning. Kemankes claims to adore Seyyare. Halime declares that she won’t allow her son to make mistakes and starts formulating a strategy for Sukufe. In order to create a jewellery shop, Hatice approaches the guild chief and introduces herself.

Valeria immediately displays indications and symptoms of wanting to return to Spain and enters the mansion. Luna acknowledges her love for Hayreddin and declares her willingness to stand with him. Lord promises that Batista will speak with Charles soon. Francois offers to duel, and Charles accepts and extends an invitation to Sardinia.
What will the new tale show? How should the story handle the new idea? What will the adversaries want? How can Barbarosa get out of the circumstances she is in? What will the latest narrative reflect? How can they raise their position?