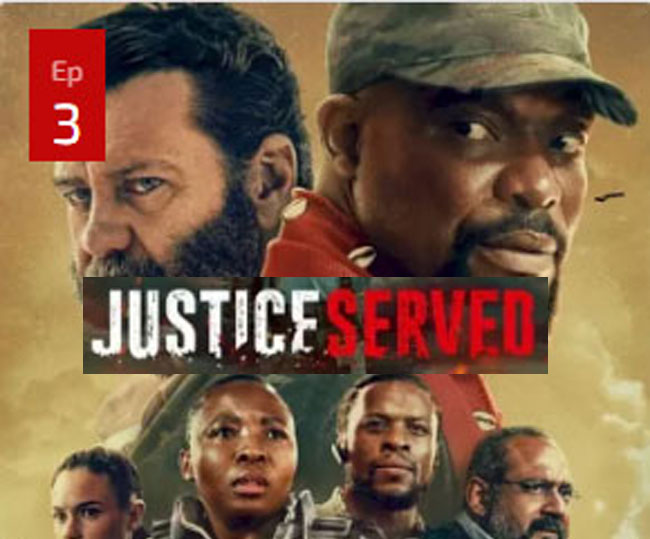 A group of civil rights crusaders infiltrates a courtroom on the final day of an incendiary trial, determined to enact their own vision of justice.

A squad of armed officers attempts to regain control over the courtroom. Meanwhile, the public looks on as the Numoor begins to interrogate Alan Harvey.

An unexpected link between Harvey and the Numoor comes to light fourteen hours into the crisis. Meanwhile, the authorities meet resistance.

The public reels over Itu’s exposure as Mashaba begins a desperate search for her daughter. Meanwhile, Sphiwe tries to escape.

The Numoor and the police struggle to cooperate as the death toll mounts. Meanwhile, Mashaba discovers the identity of Hassan’s superior.

Harvey, Judge Bengu, and Maqoma deliver their closing statements as the hour of reckoning approaches. However, new secrets emerge as the nation reaches a verdict.