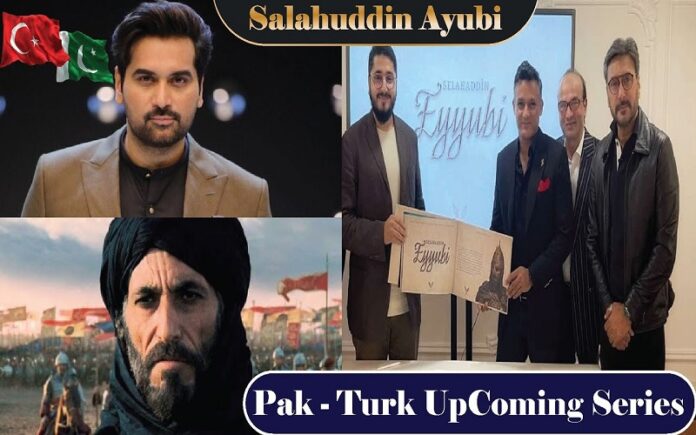 Turkish and Pakistani companies have started production of a TV series, which will tell an important part of the life of Sultan Salahuddin Ayubi. A large set has been prepared at a location near Istanbul for the filming of Salahuddin Ayubi, and filming will begin in the spring of 2022. Many new actors have been brought in from Pakistan for the new TV series in Turkey.

At a press conference in Istanbul, journalists were told that the series, which will tell about the difficult life of Sultan Selahattin Ayubi, will run for three seasons. It was also communicated that each season would consist of approximately thirty-five episodes. Several Turkish newspapers reported that the episode of the series, which will tell the story of the Sultan’s life, will last an hour. No information has yet been shared in which country the TV series will premiere in.

Also, as happened previously in Bozkir Arslani Celaleddin, the length of Salahuddin Ayubi’s head may be different in Turkey for commercial reasons. Emre Konuk, producer of TV series Uyanis Buyuk Selcuklu and Alparslan Buyuk Selcuklu, did not say anything about the cast or the release date of Salahuddin Ayubi. In addition, the TV series is expected to air on Friday nights.

In the first season of the TV series based on historical facts, Sultan Salahuddin Ayubi will start his job as Regent of Noureddine Zengi and defend Egypt against the enemy for a short time with the army under his command. Sultan Salahuddin Ayubi then implemented several reforms to protect the Sunnis living in the Middle East and even tried to remove the bad influence of the Fatimid caliphate.

Sultan Salahuddin Ayubi will conquer Yemen, Hejaz, North Sudan and even Libya for the benefit of his people. The Sultan’s success would anger the Crusaders and some of the Christians living in the area. Sultan Salahuddin Ayubi would take the city of Eilat to avoid trouble, but this would make the Christians even more restless. The first season of the TV series ended with the death of Nuredin Zengi.

While doing all this, the Sultan will start thinking about Jerusalem and will one day start looking for ways to conquer this holy city. The Crusaders would realize that Salahuddin Ayubi was trying to unite all the Muslims living in the Middle East and would start planning attacks to stop him. After uniting all the Muslims, Sultan Salahuddin Ayubi would launch an attack on Hattin, causing great damage to the Crusaders. The second season is expected to end after this victory.

The third season of Salahuddin Ayubi will tell what happened after the Battle of Hattin. After suffering heavy casualties, the Crusaders would begin to devise a betrayal plan to take great revenge on Sultan Salahuddin. After Hattin, Sultan Salahuddin Ayubi will reclaim Jerusalem and dedicate this holy city to all Muslims. This would not be accepted by the crusaders and the third crusade was about to begin.

Sultan Saladin would know the number of troops coming from Europe and bring Sur to stop them. The third crusade would take longer than expected, but it was a major failure for Christians. Salahuddin will show Europe and even the whole world the full power of the Islamic world. Saladin’s life would end in Damascus after many violent wars. With Sultan’s death, the series is expected to reach its finale.

There is no definite information regarding the broadcast date of Sultan Salahuddin Ayubi, but rumors are circulating on social media that the series is scheduled to air in late August or mid-September. Nothing has been announced about the cast of the TV series yet.