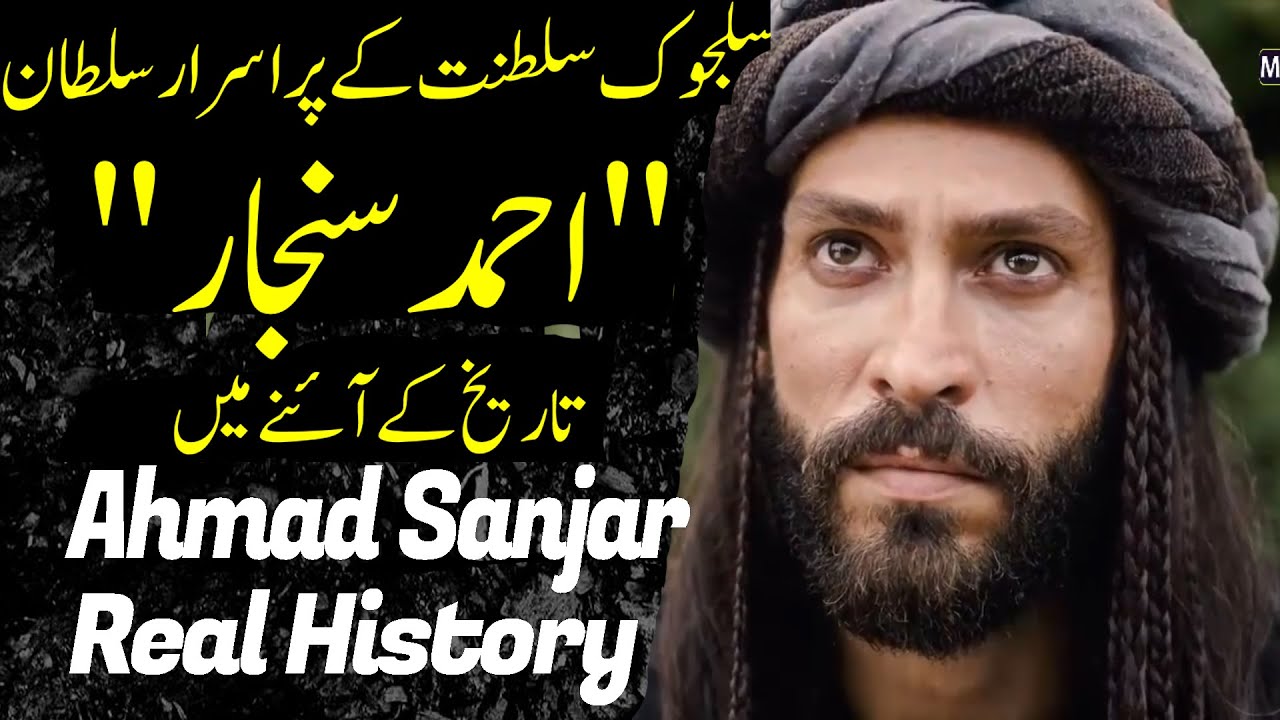 Sultan Ahmed Sanjar was a great king of the Seljuk Empire. He was the third son of Sultan Malik Shah. His rule extended to Khorasan, Ghazni, Khawarizm and Transoxiana. After the conquest of Khorasan in 1092, the king of Persia was recognized.

He was given the title of “Sultan Azam” and was given an example of his glory and greatness. Sultan Ahmad Sanjar died on May 8, 1157. Sultan Ahmed Sanjar is buried in Marwa.

The Khwarazm Empire occupied most of the Seljuk Empire from 1157, and the Aghoz Turks occupied Khorasan – and after the death of Tughral III, the last beacon of the Seljuk Empire in 1194, Rome became the sole representative of this family. As children
Allama Iqbal praised the greatness of Sultan Ahmed Sanjar.

Shaukat Sanjar and Saleem, the manifestation of your glory
Poor Junaid and Bayazid, your beauty is exposed.
(Bal Jibril)

When not to give again to the Muslim
Shukoh Sanjar and Faqr Junaid and Bastami.
(Bal Jibril)

Seljuk Rome – (This is the same Seljuk Empire mentioned in the play Darilesh Ertugrul):

The Roman Empire was an empire in Anatolia from 1077 to 1307. The territory of this empire consisted of the conquered Roman territories of the Byzantine Empire. In the 1070s, Suleiman Ibn Qatalmash, a close associate of Sultan Malik Shah I, began gaining power in western Anatolia, and in 1075 conquered the Byzantine cities of Nesia (now Aznik) and Nicomedia (now Izmat).

In 1077, he declared himself Sultan against Sultan Malik Shah I and made Nassia his capital. The empire continued to expand, but in 1086 Solomon was assassinated in Antioch by the Seljuk ruler of Syria, Tutish I, and his son Qalaj Arsalan was taken prisoner.
After the death of Sultan Malik Shah I in 1092, Qalaj Arsalan was released and re-conquered all territories, restoring his father’s kingdom. He was finally defeated in 1097 by the Crusaders, who were on their way to Anatolia to conquer Palestine.

Although Qalaj Arsalan defeated the Crusaders in several battles and destroyed their initial armies, it was not enough for him to defeat millions of great armies. After the defeat at the hands of the Crusaders, many areas of Anatolia fell out of the hands of the Seljuk, but Qalaj Arsalan maintained a government around Konya. He conquered Mosul in 1107, but died the same year.

For many years thereafter, his son and his descendants continued to quarrel with rival nations, and finally, during the Third Crusade in 1190, German troops occupied Konya and established the Crusader state of Armenia Kochak.
Ghias-ud-Din Khikhsru I re-conquered Konya in 1205 and declared himself Sultan.

During the reign of Khikhsru and his two sons, Izz-ud-Din Qiqaws and Izz-ud-Din Qiqbad I, the Seljuk Rome reached its zenith. The greatest achievement of the Caucasus was the capture of the port of Antalya on the Mediterranean coast in 1207.