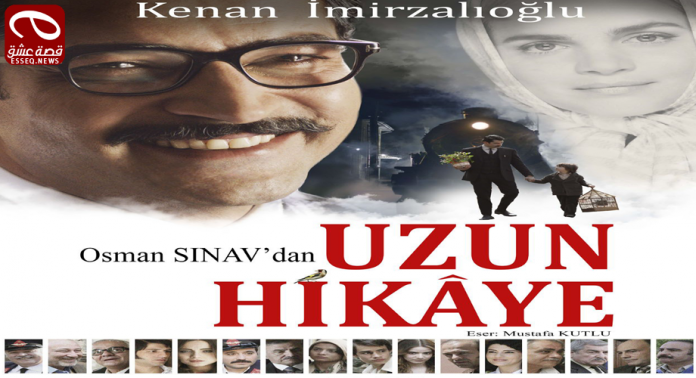 Uzun Hikâye (Long Story) is a 2012 Turkish drama film co-produced by Suat Kapka and Taner zbel, written by Yigit Gyuralp and directed by Osman Sinav, based on the novel by Mustafa Kutlu. The film premiered on October 12, 2012.
The film covers the period from the 1940s to the 1970s and offers a dramatic, lively and charged story.

After Ali (along with Kenan Imirzaloglu) was orphaned at a young age, he emigrated to Turkey from Bulgaria with his grandfather Suleiman, an oil tycoon. He settled in Eyup in Istanbul and was raised by his grandfather as a brave and level-headed man.[1][2]

During his teenage years in the 1950s, Ali falls in love with Munire (with Tugce Kazaz), the daughter of an open-air cinema owner. Ali kidnapped Munire because her parents would not allow her to marry. From then on, Ali spent his life with the woman he loved, moving from city to city at the train station. Meanwhile, the couple was blessed with a son, whom they named Mustafa. Ali, now nicknamed “The Socialist”, made a living typing and keeping accounts. However, due to his intolerant attitude towards injustice and discrimination, he was fired by the conspirators. Meanwhile, Mustafa is growing up and pursuing his own life story.